"Another Book Back on the Shelf!" 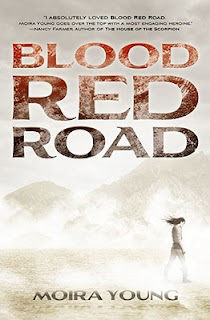 
The sun beats down on you, a relentless torrent of heat that feel like it’s melting your skin away.  You reach for your canteen for a drink, only to realize that there’s nothing left.  Your heavy tongue begs for water, but the only thing you have to swallow is your own spit.  You just have to go through the motions, slowly putting one foot in front of the other, trying not to think of how much longer you have to go.  Around you is open desert, with rolling sand dunes that never seem to end.  In the distance you think you see a lake of water, but it’s probably just your eyes playing tricks on you.  You keep going, hoping that there really is something there.  All you’ve got left is the hope that you’ll find him.  He goes first, and then you follow.  That’s how it always is.  At least, you hope so this time.

Everything is set out in the stars.  Your entire life is mapped out for you in the heavens, and your fate is already sealed.  There’s no way to change it, only go with it.  That’s what Saba believed until the men came and took her brother and killed her father.  Now she doesn’t know what she believes in anymore.

Growing up in Silverlake, Saba is used to not having very many visitors, and the only scenery being cracked, dried up lake bed for miles.  Outside of her home she doesn’t know what’s out there, except what she’s heard in stories.  Saba is content with her life in Silverlake, but her twin brother Lugh isn’t.  He’s fed up with their simple life, and their father’s tales of the stars.  He dreams to get away and see the rest of the world.  But it turns out there are nightmares out there too.

One day cloaked riders arrive with a fierce dust storm that turns the sky red.  They kidnap Lugh and kill Saba’s father.  Saba is now alone, and the only people she has left is her baby sister and her pet crow, Nero.  But Saba made a promise that she would find Lugh and get him back.  Where does she start?  What’s beyond her little home of Silverlake?  Will Saba be able to find her brother and not lose herself along the way?  All is revealed in Moira Young’s debut novel about one girl’s journey to find her other half in, Blood Red Road!

Blood Red Road starts off with a bang, and manages to escalate to a full-on explosion by the end of the book.  Throughout Saba’s entire journey, she is always fighting back, sometimes even fighting her own feelings.  Being as stubborn as she is, Saba made the road to Lugh both difficult and interesting, but she always put Lugh before herself, even when he wasn’t around.  Set in a future grittier than our own, Blood Red Road places Saba in a world full of deception, lies, and violence.  The only way to make it is to hold your own, and always have your own back.  I suggest this book for readers fourteen and up, as it can contain some darker material.

With a unique voice all her own, Saba’s story felt all the more real.  In a world where books are rare, the people in Blood Red Road spoke with a dialect that’s slightly southern and would definitely leave English teachers appalled.  At first it was a little difficult for me to get used to the way in which Saba spoke and narrated the story, but I soon became used to it.  The way in which Saba said things, and the minimalistic writing style felt more natural by the end of the book, and it fit the story well.

Saba is a fighter, and she never lets anyone tell her what to do.  At times she won’t even listen to herself, as she constantly questions her own feelings.  Saba’s stubbornness made Blood Red Road all the more fun to read.  She never took the easy way out, and often times made things harder for herself by not just going with the flow.  It was interesting to get to see how Saba reacted to Jack, another strong-headed character and possible love interest.  The two of them knew just how to get underneath each other’s skin, but despite annoying each other to no end, they were perfect for each other.  Saba became a different person, so unsure of her convictions when she was around Jack, that it was nice to get to see another side of her.

Saba’s journey became so much more than just saving Lugh as the book went on.  As she got a chance to see the world that she was missing, she started to realize that she had the opportunity to change it.  But Lugh was always at the heart of Saba’s actions.  Everything she did was for Lugh, and to get him back.  Saba even does everything she can to try and keep her little sister, Emmi, safe, despite Emmi’s ability to always tag along when there’s danger.  The family ties between the siblings crossed mountains, and their love for one another was all they had left.

Blood Red Road is an action story with a ton of heart.  Full of surprises, Saba and her crew do the best they can to cope with the world that they never really knew.  Join Saba, as she fights to change her own fate in, Blood Red Road!

-This is T.B. with Another Book Back on the Shelf…
Until Next Time, Keep Reading!


Check out the Blood Red Road website at www.simonandschuster.com/bloodredroad.
Posted by T.B. at 10:39 AM

Hi, and welcome to From The Bookshelf of T.B.!

I can't wait to hear what you have to say! I do my best to try and respond to your comments, so check back often. Comment away!

T.B.
Hi! I’m Tessa, and I'm a ninth grader in high school. Through this blog, I hope that I am able to share books with young readers and promote good literature!

I welcome any comments or feedback that you have, and if anyone knows of a good book or series that they would like to recommend, please email me or let me know at ftbotbblog@gmail.com. 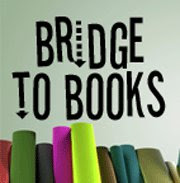 Check Out These Great Blogs!